There has been a marked drop in the number of vaccines given daily, says deputy-director in the Health Department, Dr Nicholas Crisp.

The country is losing momentum in its vaccination drive, Crisp said on Friday during the national weekly update on Covid-19.

A graph showing the number of daily vaccinations reveals a consistent downward trend since the start of August.

Regarding vaccine stocks, Crisp said the country was in a good and stable position, with more Johnson & Johnson and Pfizer doses arriving and another 28 million on the way.

However, he was worried about a decrease in pre-vaccination and walk-in registrations.

“[On Thursday] we only registered 53,000 and that is a very poor show,” he said. When registrations opened for over-35s more than a million did so in 24 hours.

Data showed that the 35-to-49 age group started strong but had not sustained an interest.

Crisp said the country has vaccinated 9.2 million people so far but there was a lot of room for improvement. 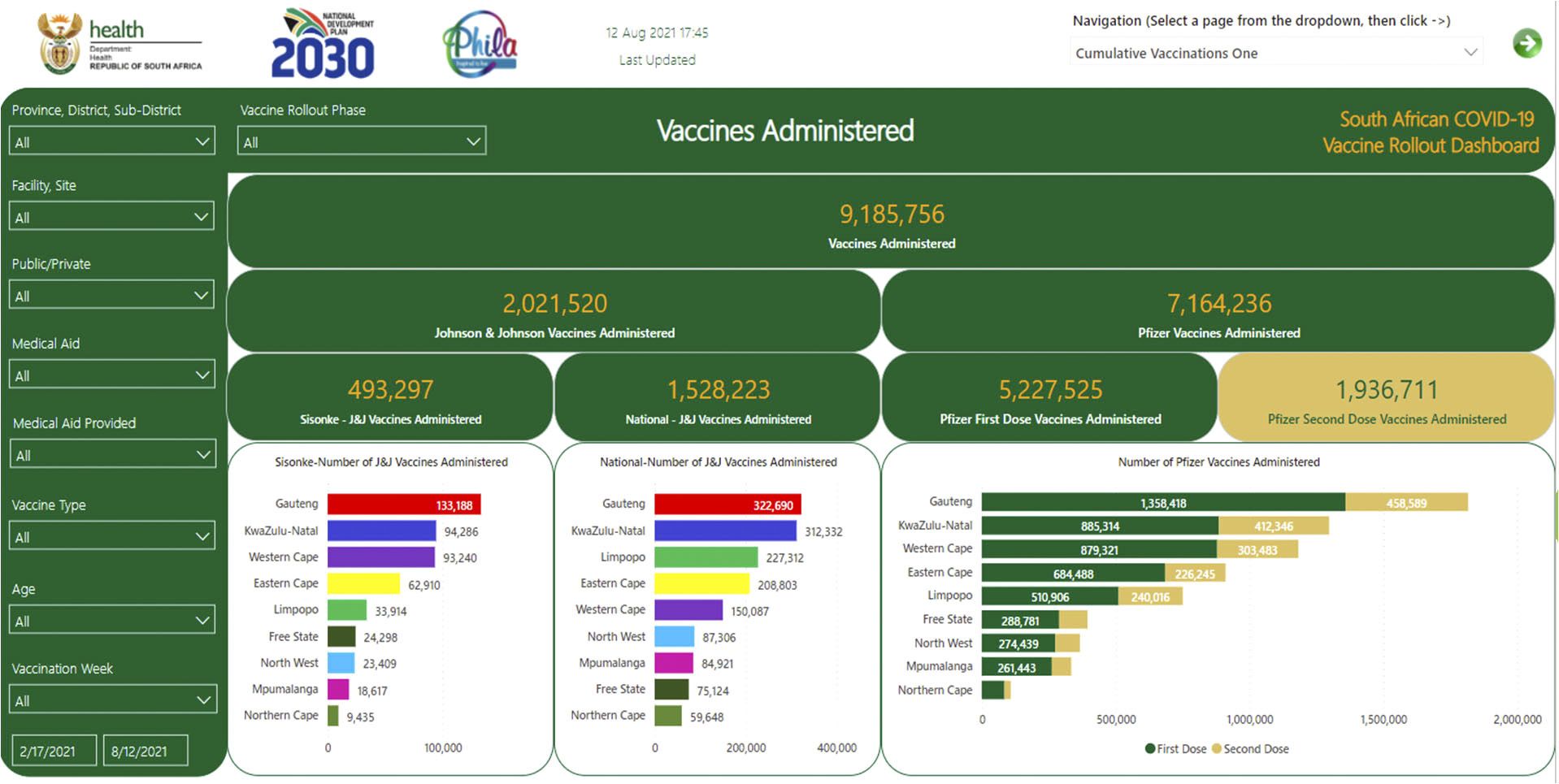 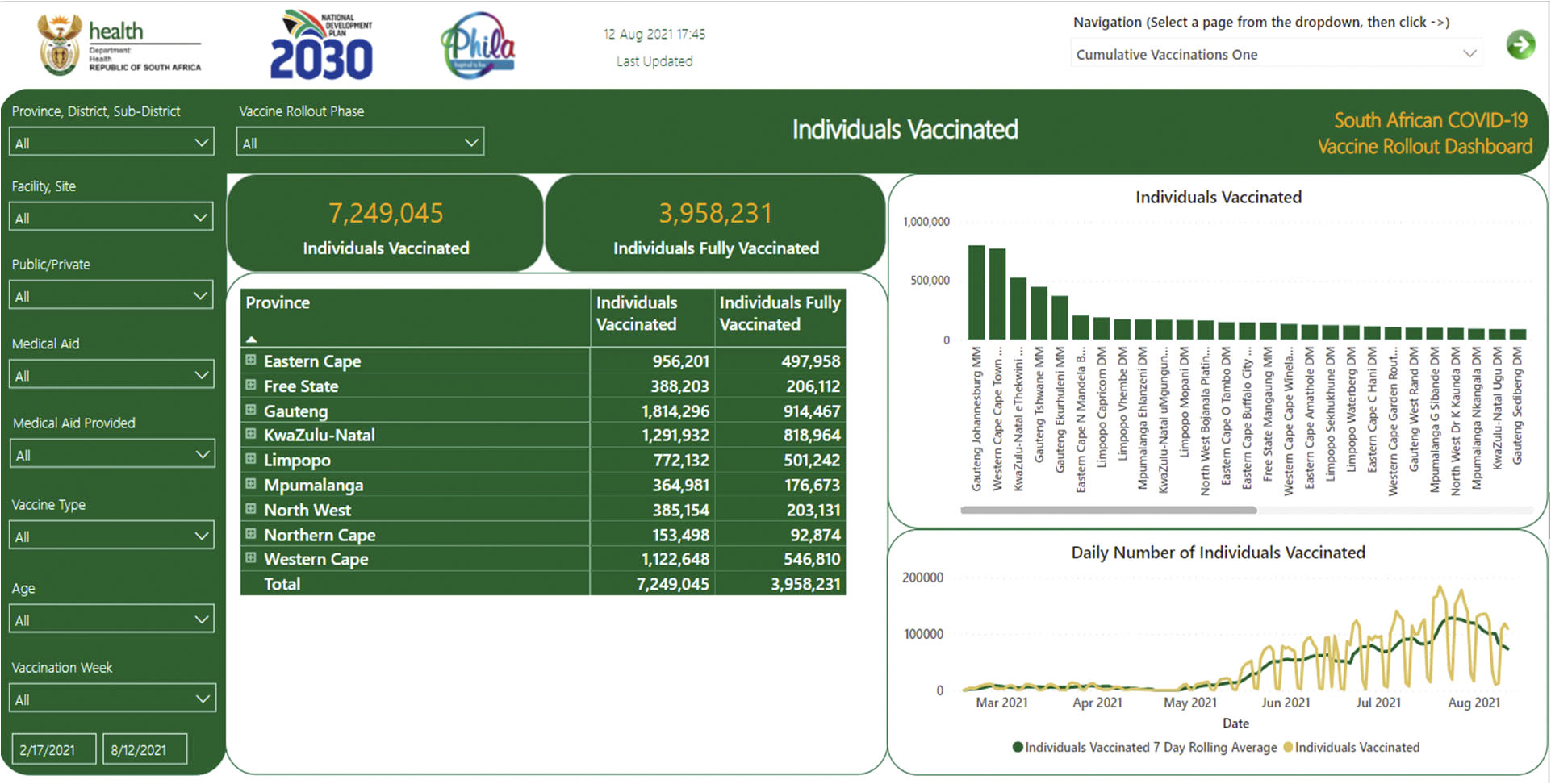 A temporary shortage of stock at the end of July appeared to have caused a loss of impetus and momentum in the vaccine drive and while the number of vaccines was increasing the drop-off was worrying.

Just under four million people in South Africa had been fully vaccinated.

Crisp said they were encouraged by the number of people seeking vaccines over weekends.

“We need to move beyond the small numbers we are seeing,” he said, calling on more men to join the vaccine drive.

Crisp said there are currently no vaccine stock constraints and the capacity in the private and public sectors is strong.

“Now we need vaccine demand. We had a loss of impetus.”

He called on people over 35 to get their vaccine as soon as possible, saying that when registrations and vaccinations open for over-18s the lines will be long again.

Health Minister Dr Joe Phaahla said he was encouraged by the continuous downward trend of active cases in the country.

“But we cannot relax. We cannot lower our guard,” he said.

Phaahla added that while cases in Gauteng were on a downward slope the third wave was like a relay race. “As one province goes down another province takes over.”

He said the Western Cape now has the most active cases, with a continuous trend of highest new daily infections, active cases and hospital admissions.

Nationally, infections were down by 7% and hospital admissions by 4.4%.

But the minister cautioned that there were still 14,000 new infections registered on Thursday.

“It is just a little relief. Hospitals are still under tremendous pressure, especially in Gauteng, and admissions are rising in the Western Cape.”

The national positivity rate was down from 35% to between 19% and 20%, which meant about one in five tests were positive.

“But even at 19% – this is still very high. The World Health Organisation recommends 5% for a national positivity rate.”

“Our situation remains precarious,” Phaahla added. “We will in no way be recommending a relaxation of restrictions at this stage. We will recommend remaining at lockdown Level 3.”

He said just more than nine million people in the country are now fully vaccinated or have received at least one dose of the Pfizer vaccine.

“By the close of business [on Friday] we would have four million people who are fully vaccinated.”

The minister added that even one dose of the Pfizer vaccine provided up to 80% protection against severe disease, hospital admission and death.

So far, the Eastern Cape had vaccinated the largest percentage of its population – just over 23% of adults – followed by Limpopo. DM/MC

France’s gendarmerie models may be the answer to SA’s…

Court orders lawyers to pay damages to the client they…

Proteas women are a formidable side with an eye on conq…