Rwanda has deported a Belgian national identified as Vincent Lurquin Ferdinand, who claims to be a lawyer representing Paul Rusesabagina, on grounds of flouting immigration laws, after he misused a visitor’s visa to engage in unlicensed legal practice.

The deportation and declaration of Lurquin as persona non grata comes a day after the Rwanda Bar Association accused the Belgian lawyer of illegally appearing in court and practicing as a lawyer in Rwanda when he was not licensed to do so. Lurquin appeared in court on August 20 when the High Court Chamber for International and Cross-border Crimes was expected to issue a new date for the delivery of the judgement.

The Director General of the Rwanda Directorate General of Immigration and Emigration (DGIE), Lt. Col. Regis Gatarayiha, said that Lurquin, who has been in Rwanda since August 16, was allowed entry into the country, on the basis of his declared purpose of visit, and was given a 30-day V1 type of visa, which is given to visitors.

“The visa he was accorded is a V1 type of visa, which allows the bearer to visit the country but not to conduct any remunerated work or any payment. We were surprised to see that he appeared in court, in one of the proceedings of the court, in an attire that shows that he was really practicing as an advocate, which he was not allowed to do,” Gatarayiha said.

Upon seeing photos of Lurquin in court, Immigration inquired from Rwanda Bar Association to know if he is accredited or permitted practice in Rwanda and the feedback they got was that he is not licensed and that he tried to acquire a license to practice in Rwanda and he was informed that it is not possible because there is no arrangement with the Bar Association of Belgium to guarantee reciprocity.

Gatarayiha said that Lurquin went to court on purpose, well knowing that he was not allowed to practice as an advocate in Rwanda without accreditation and for that matter he had to be sent back to his country as a prohibited immigrant.

“For him to be able to do that, he was supposed to get clearance from the Rwanda Bar Association and after that he was supposed to go to Immigration to secure a work permit for him to be able to do what he did on Friday and because of that, in accordance with the law of immigration, he has been stripped of the visitors visa that he was given for the 30 days and he is now declared a prohibited immigrant, and that’s why we’re sending him off to the airport to take the next flight back to his country and he will never be allowed into the country again,” Gatarayiha said.

The bar association had said it would seek explanations from the controversial Belgian lawyer regarding his conduct.

It is not the first time Lurquin had tried to bypass legal requirements to practice in Rwanda, having unsuccessfully tried in November last year to represent Rusesabagina, who faces terror-related charges with 20 others all linked to the National Liberation Front (FLN), the armed wing of the political coalition he led.

The head of the bar association, Julien-Gustave Kavaruganda, said that there is no reciprocity between the Rwandan bar and their Belgian counterparts, which is the main reason why Lurquin was granted the license to represent Rusesabagina. The verdict for the FLN trial is set for September 20. 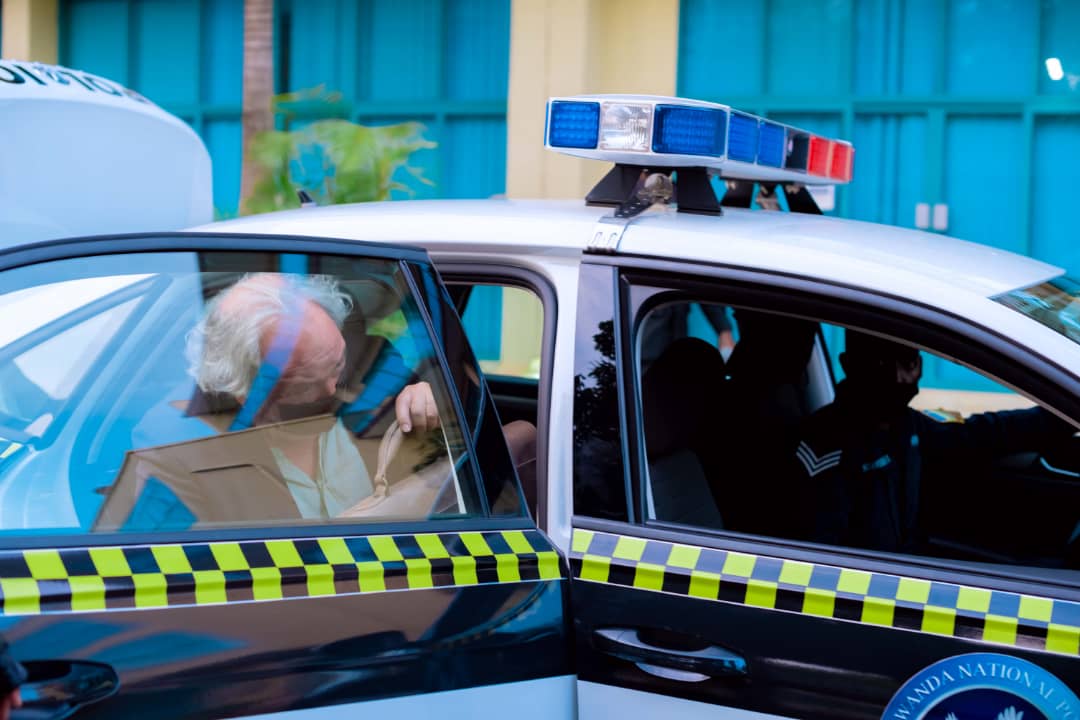 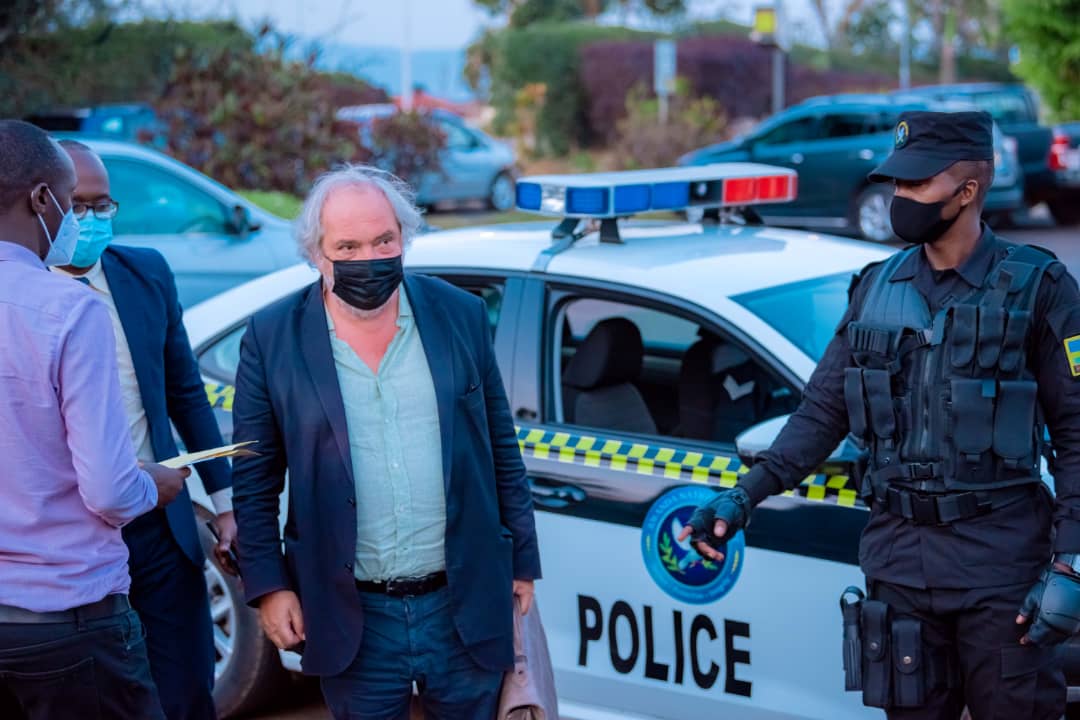 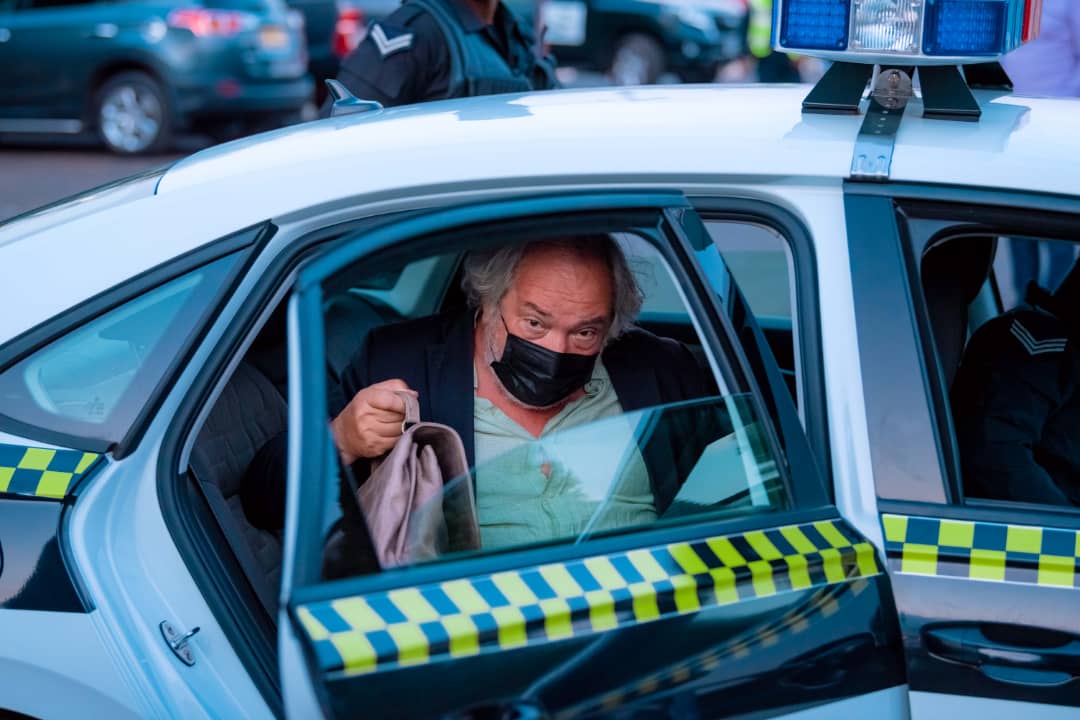 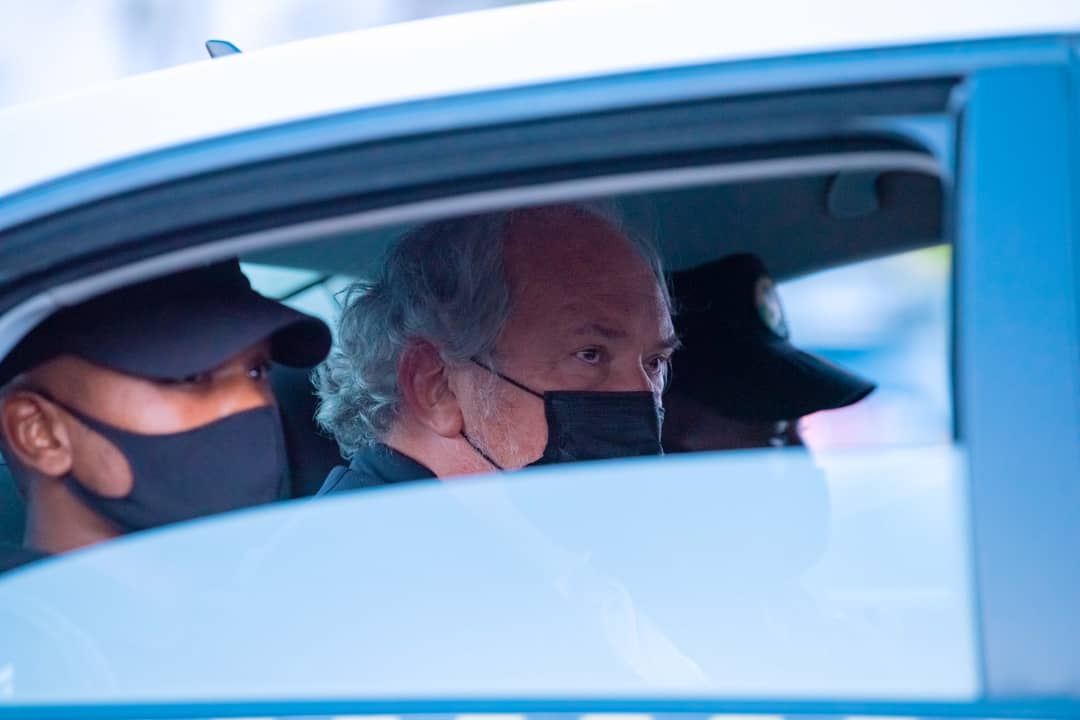 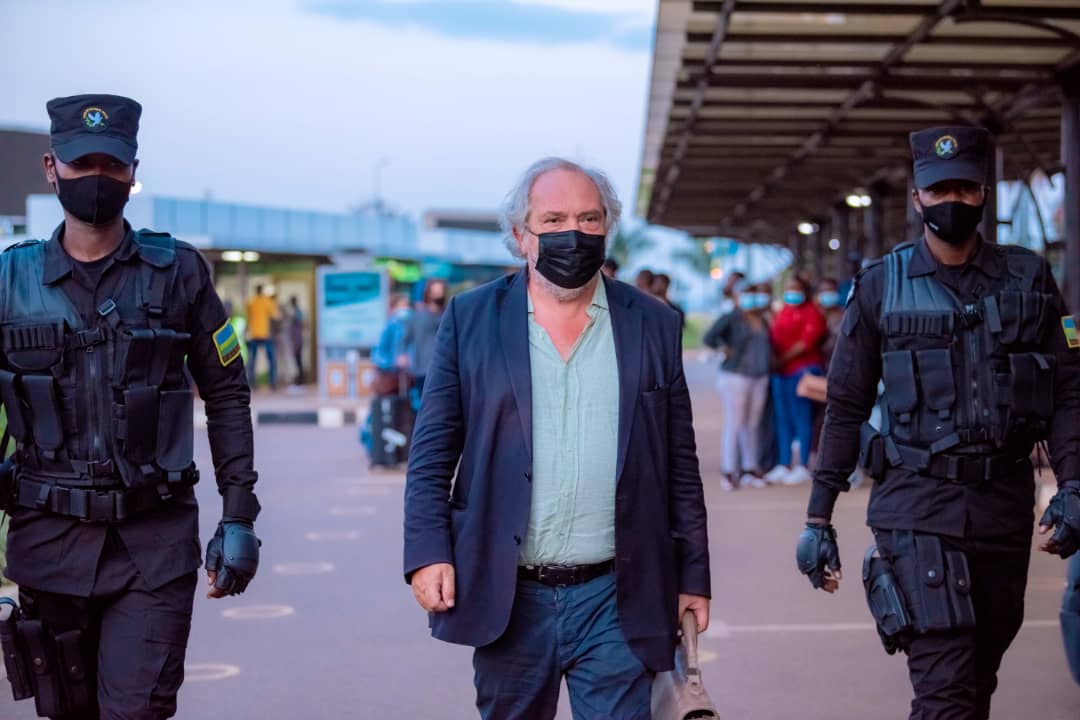 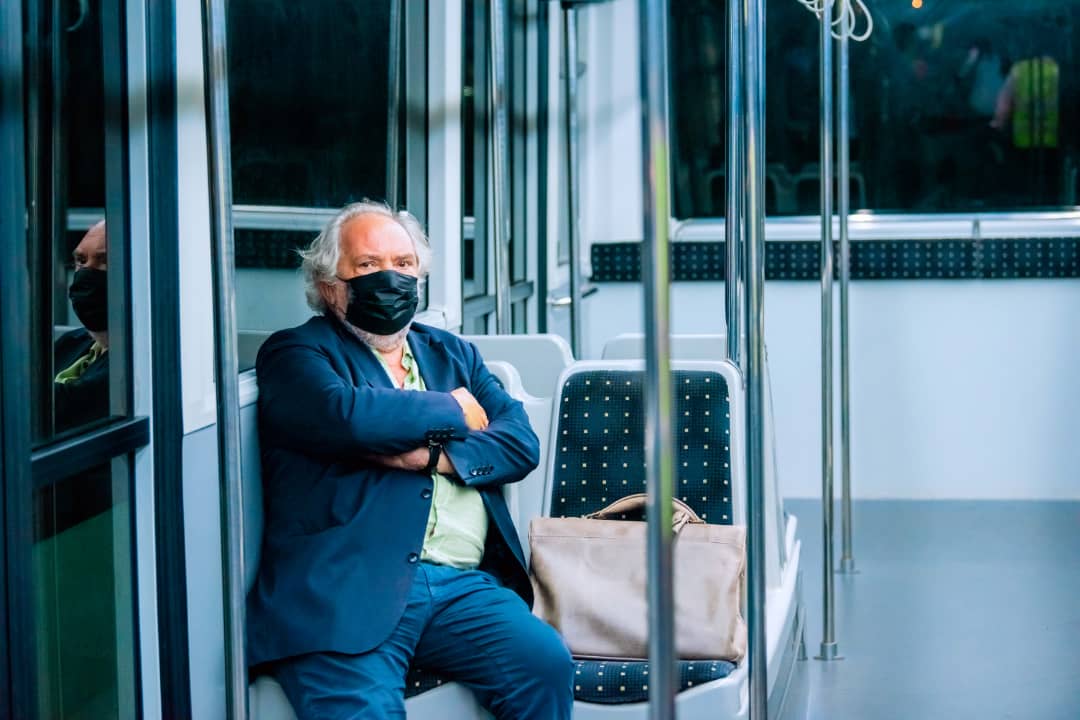 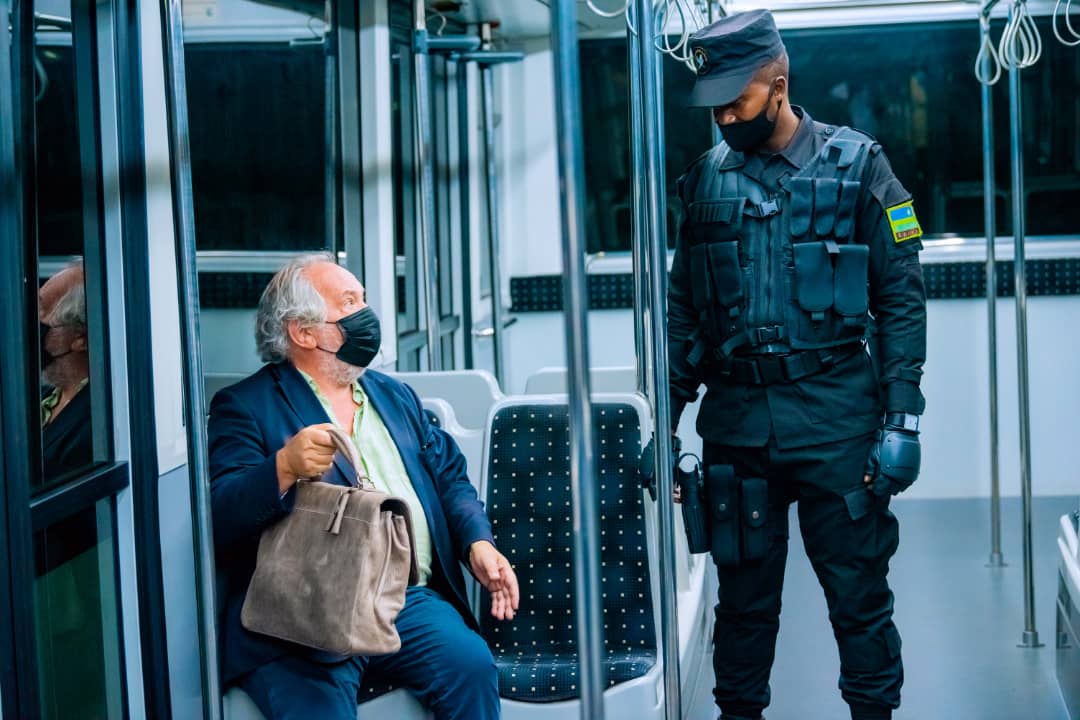 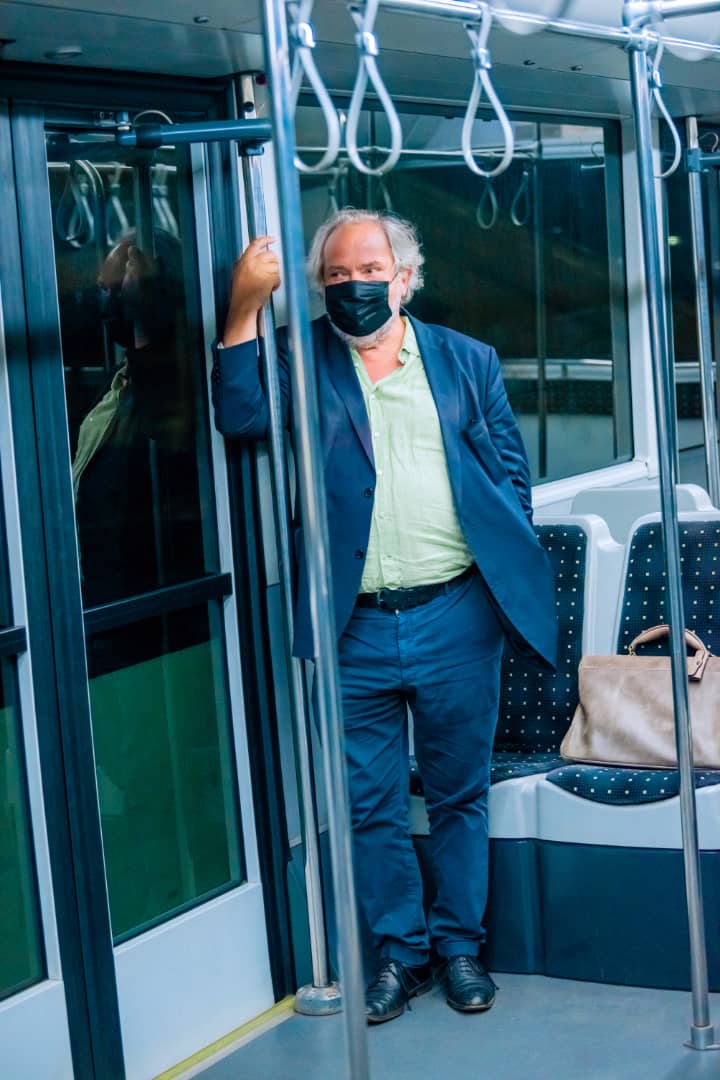 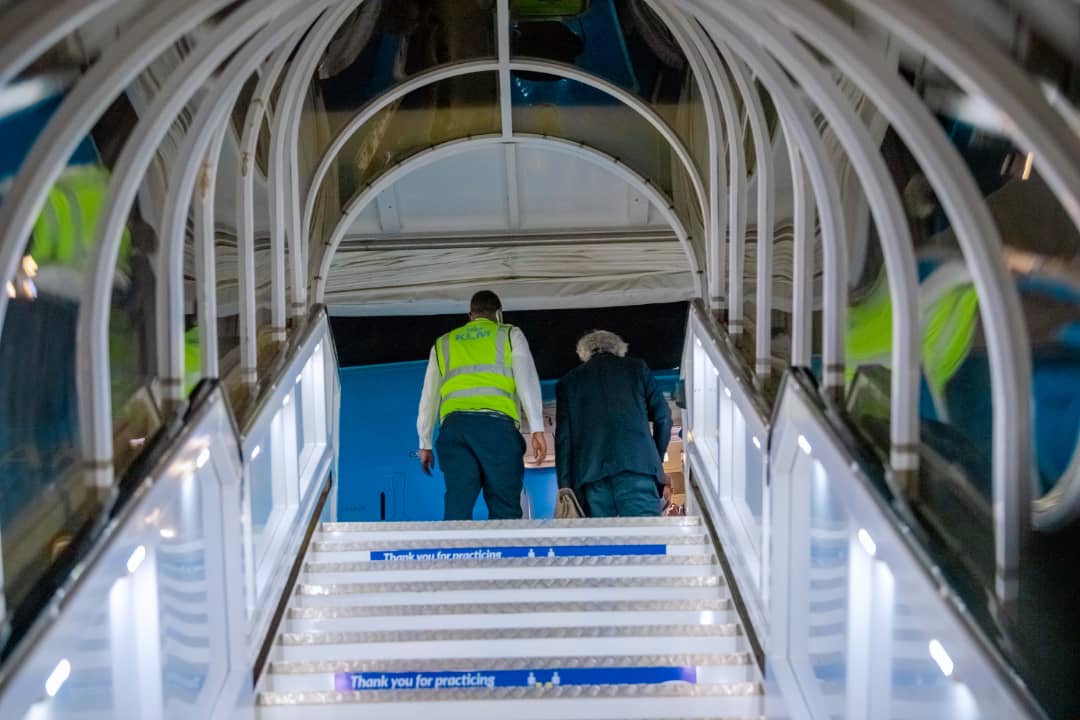 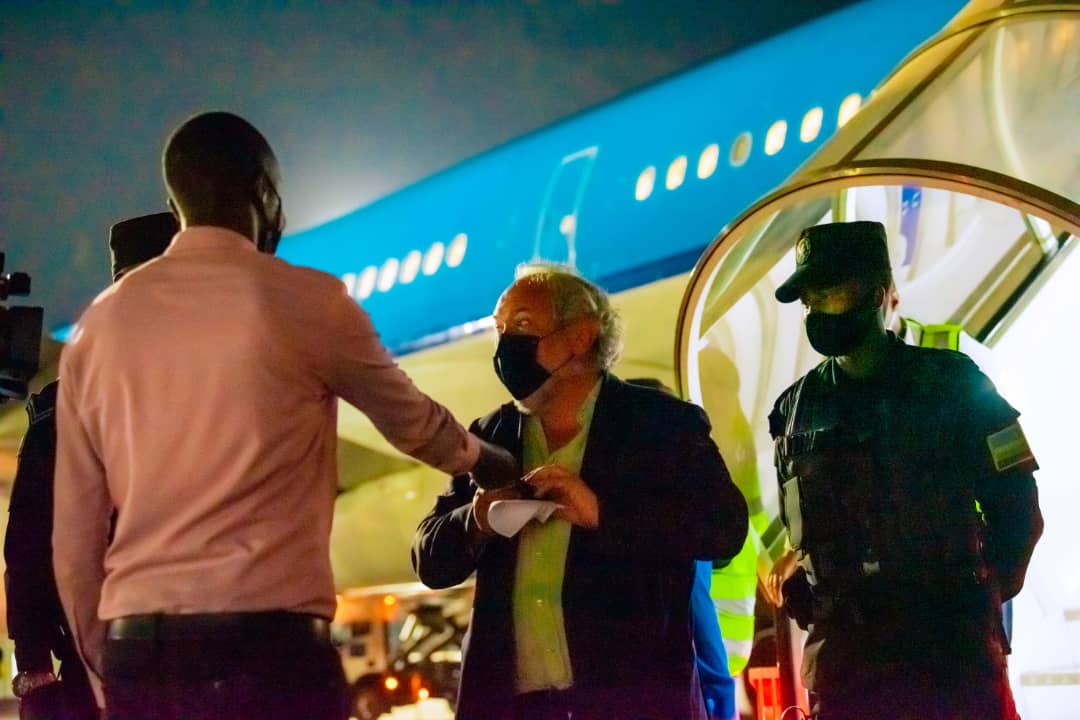 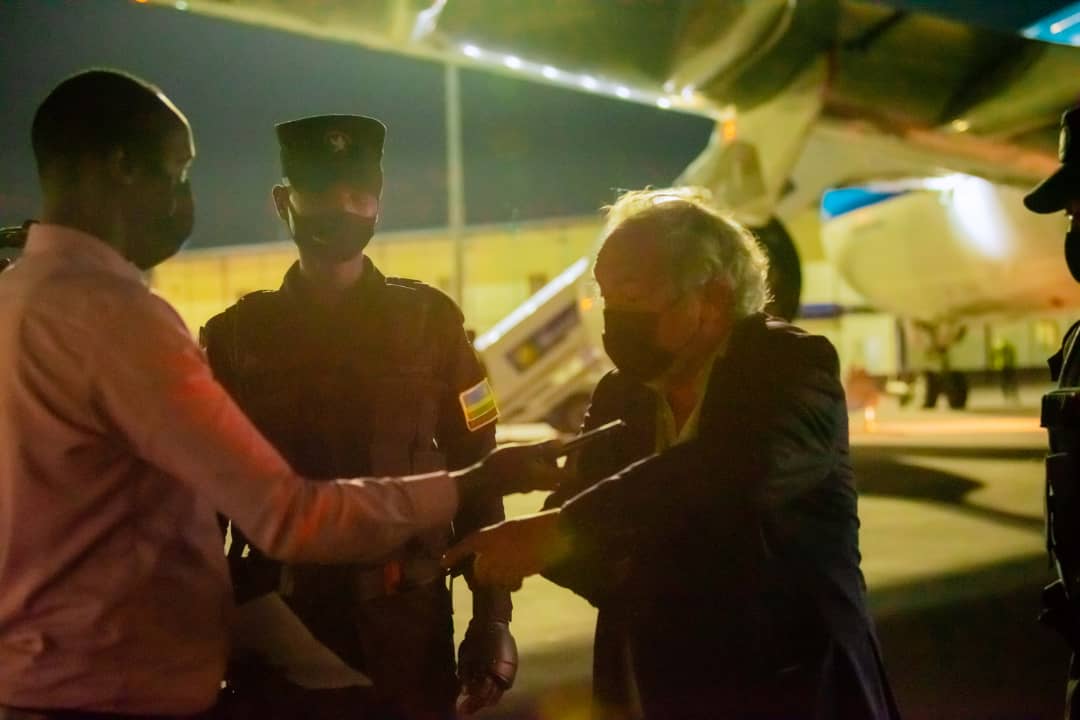 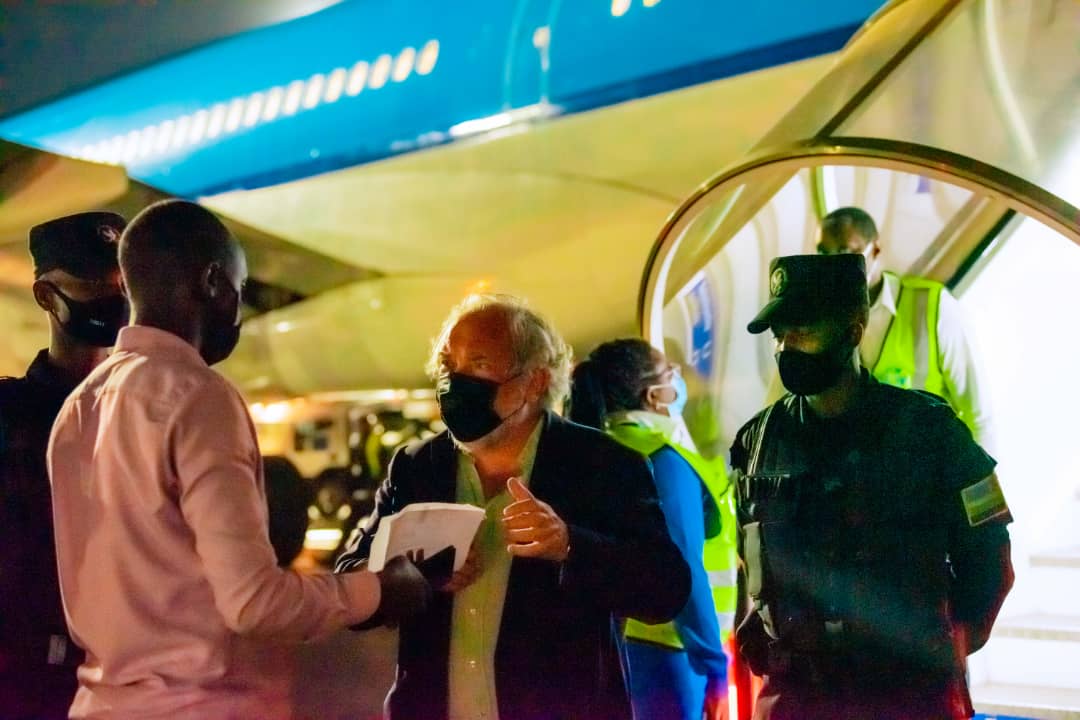 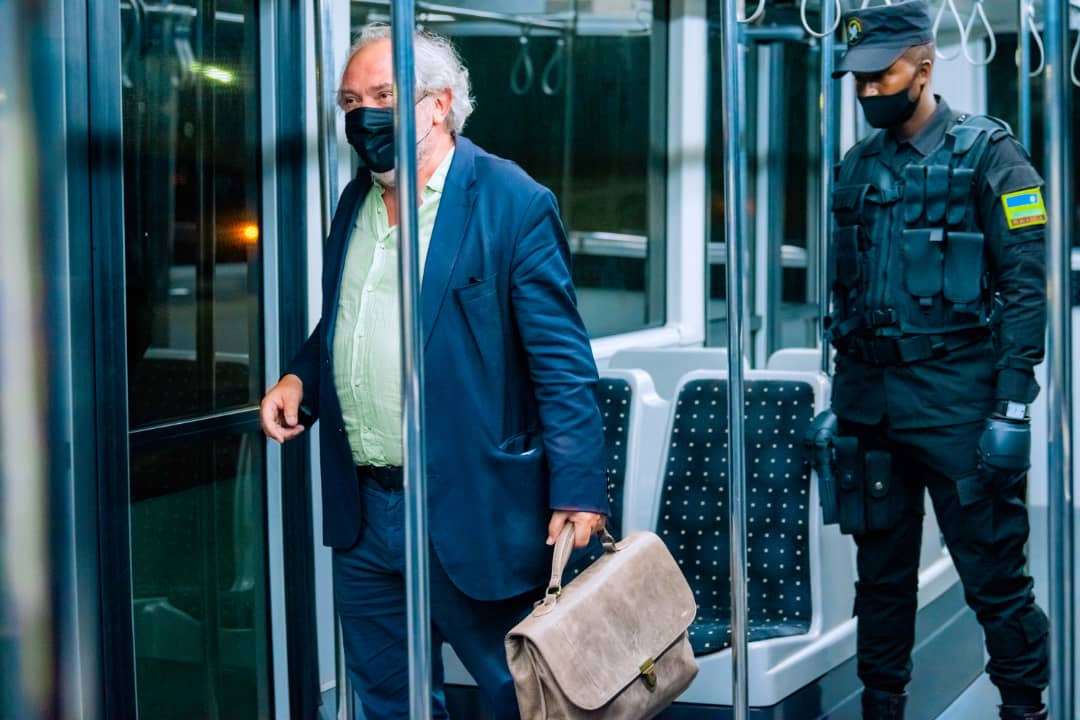 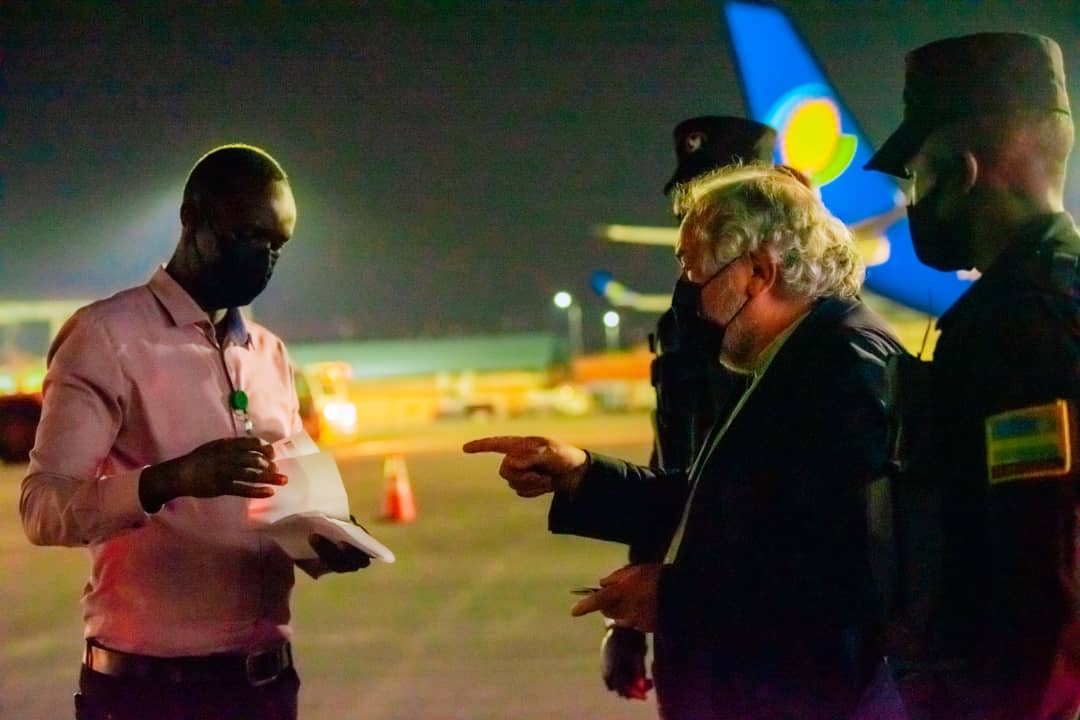 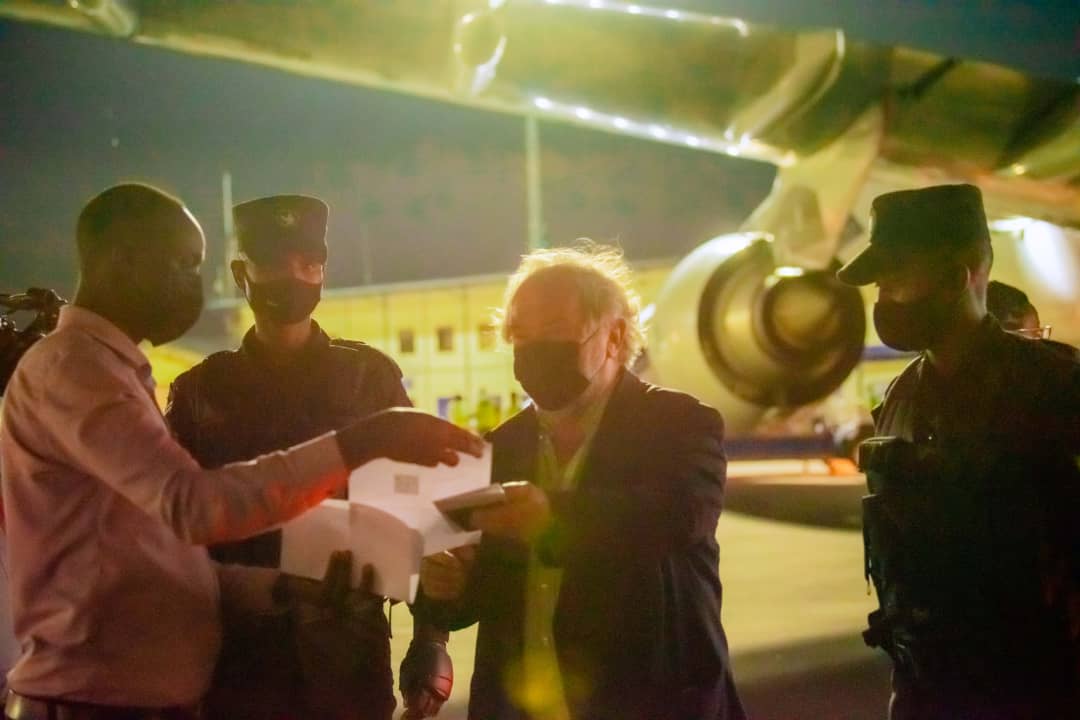 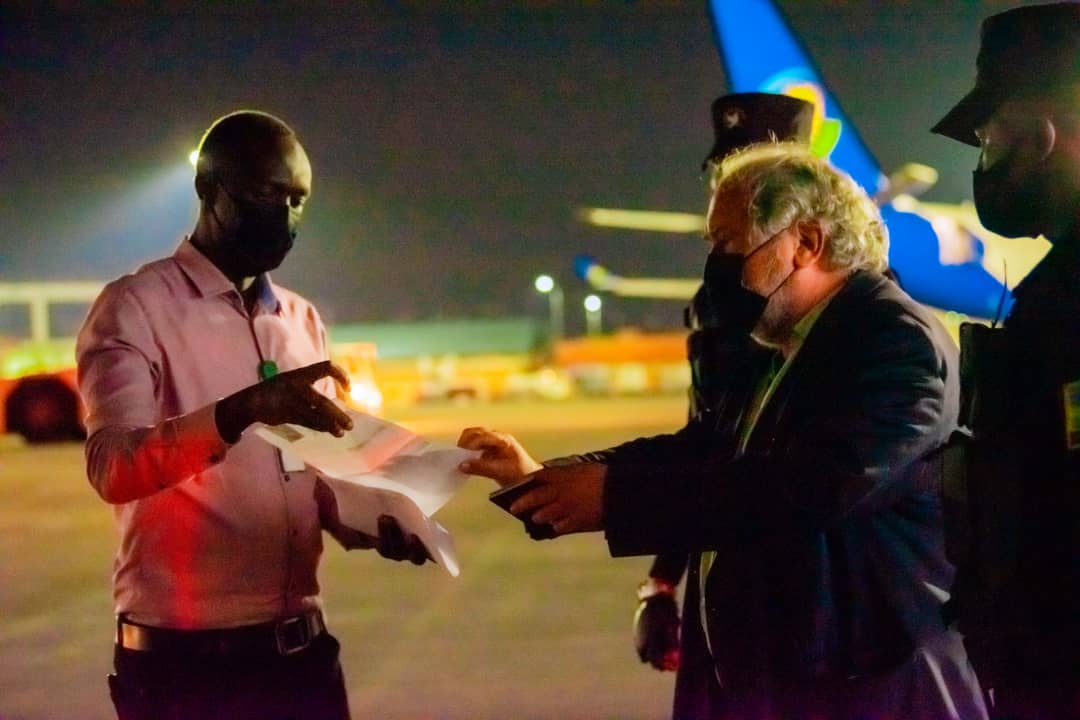 Robbers shot 2 teachers at Derma, made away with ¢200k