Monday, August 09, 2021 (PW) — It is said that the Council of Ministers of IGAD will hold its Extraordinary Council of Ministers meeting via video conference on Monday on the disagreements that have come out within the SPLM/A-IO and so far led to armed clashes that reportedly killed 30 soldiers on Saturday.

Indeed peace-making is a process, not an event. The South Sudan peace process that started in 2014, leading to the peace agreement of 2015 and the 2017 revitalization process that led to the R-ARCSS, 2018, as well as the current process with the non-signatories of the R-ARCSS, all brought out challenges, lessons and possible opportunities that, when used well, can help South Sudan transition to peace and democracy in a timely manner. Several lessons from the failure of the ARCSS, 2015 have been incorporated into the R-ARCSS, including strengthening the monitoring process of the latter, albeit its implementation up-to-date is far below expectations. Hence as the IGAD Council of Ministers meet over the current crises within the SPLM/A-IO and by extension — crises in the implementation of the R-ARCSS which IGAD is its Guarantor, it is crucial that they consider an immediate, impartial, rigorous and credible review of the implementation process of the agreement to, among others, establish the exact reasons and possible redress on factors derailing the implementation of Chapter 2 on Permanent Ceasefire and Transitional Security Arrangements; the democratic reform agenda prescribed in the Agreement, the “Permanent” Constitution-Making Process; Arrangements for General Elections, all almost three years since the R-ARCSS was signed; and also look into the initiative aimed at including R-ARCSS non-signatories into the peace process.

Last month, The United Nations Secretary-General Antonio Guterres, in a letter to the President of the Security Council pursuant to Security Council resolution 2567 (2021), in which the Secretary-General is requested, in accordance with best practices, to conduct and provide the Security Council with a needs assessment, including security, procedural and logistical requirements to create an enabling environment for elections in South Sudan, said (though not explicitly) that South Sudan will need two years to conduct credible elections.

“Concerning the electoral timeline, the assessment team recommends that, within two years prior to the holding of elections, progress be made on (a) an agreement on the legal and security framework for elections, including the electoral system, boundary delimitation, special measures for internally displaced persons, refugees, out-of-country voting, dispute resolution mechanisms and election observation, as well as on the type and level of elections to be held; (b) an agreement on the composition and functioning of the National Election Commission and the designation of its members, both in Juba and at the sub-national level; and (c) the allocation of resources for the operating costs of the National Election Commission and a budget for elections operations,” Guterres’s letter read in part, noting that “while aspirations for peaceful and credible elections run high in South Sudan, they are tempered by ubiquitous concerns over a fragile security situation and a challenging political and socioeconomic environment.”

The review of the implementation process of the R-ARCSS the author of this article is calling for should include the views of the peace monitoring body (RJMEC), IGAD the Guarantor, the parties, civil society and other stakeholders involved in the agreement, together with the wider South Sudanese public, on the conduct of elections in South Sudan and their rationale, as reports suggest that some parties have already reached out to IGAD for extension of the lifespan of the R-ARCSS and the Revitalized Transitional Unity Government.

It is worth recalling that after armed conflict erupted in Juba in July 2016, one of the main issues of contention that led to the resumption of full-scale war was the question of whether or not the replacement of Dr Riek Machar as First Vice President was valid (in line with the terms of ARCSS, 2015.) The Agreement ought to have been not just a political document but one with legal force as well.

When President Kiir relieved Dr. Riek Machar as First Vice President replacing him with General Taban Deng Gai, he cited, inter alia, powers drawn from Chapter One Article 6 Sub-Article 4 of the ARCSS and recommendations of “the Top Leadership of the SPLM/SPLA IO” reached on 23rd July 2016. Chapter One Article 6 Sub-Article 4 of the ARCSS reads, “In the event that the post of the First Vice President falls vacant during the Transitional Period, for any reason, including mental infirmity or physical incapacity of the office holder, the replacement shall be nominated by the top leadership body of the South Sudan Armed Opposition [IO] as at the signing of this Agreement.”

Machar’s loyalists had earlier argued that General Taban had been fired from the SPLM/IO and recalled from the Ministerial Position he was holding; that there was a “conspiracy” to remove Machar and ultimately dismantle the Peace Agreement, and that some players in the region and in the international community were taking part in the “conspiracy” to make South Sudan ungovernable by supporting those actions. Later arguments included that “the Top Leadership of the SPLM/SPLA IO” that met in Juba and recommended Machar’s removal had no quorum for such a decision. Some also argued that some SPLM/SPLA IO involved in the move in Juba were under duress.

Without adherence to the ARCSS stipulations and for reasons best known to them, the JMEC, IGAD and the international community later lend credence to Machar’s removal and Taban’s appointment. As the war continued then, the SPLM/A-IO under Machar were of the stance that they were removed from power in violation of the ARCSS and for reasons that included abrogating the democratic reform agenda that they and the government had reached in the ARCSS in 2015. While the then SPLM/A-IO under Taban and Transitional Unity Government led by Kiir had insisted that they were implementing the ARCSS, the lack of evidence up to the time the ARCSS came to an end of (reasonable) reforms implemented as provided for in the ARCSS speak for themselves. In their defence, of course, they may say the war that had resumed made the required implementation difficult. And this is where the current R-ARCSS challenges require learning from the mistakes of the past and how to create a peaceful environment that can allow for the implementation of what has been agreed to in the peace process. Or at least, neither committing nor supporting actions that can exacerbate conflict.

Right now, the R-ARCSS explicitly states that “The Chairman of the SPLM/A-IO Dr. Riek Machar Teny shall assume the position of the First Vice President of the Republic of South Sudan for the duration of the Transitional Period” (Article 1.7.2). This time, the Agreement makes no mention of removal of First Vice President.

The R-ARCSS, however, is more than the position of First Vice President. There are several posts and so far during the R-ARCSS period, there have been concerns from some parties on adherence to the terms of the R-ARCSS regarding some appointments and removals.

In the Presidency, the Agreement says in the event that the post of the President falls vacant, and in the event that the post of any of the Vice Presidents (not First Vice President) falls vacant during the Transitional Period, for any reason, including mental infirmity or physical incapacity of the office holder, the replacement shall be nominated by the top leadership body of the respective party as at the signing of this Agreement, adding that such a process of replacement shall not exceed forty-eight (48) hours. (Articles 1.6.5 and 1.8.3). The same thing for Posts of Ministers and Deputy Ministers, save for the time frame.

Another relevant R-ARCSS provision to quote here is Article 7.9 which says “The RJMEC shall brief regularly the Executive of the RTGoNU, and submit written reports, followed by detailed briefings, to the RTGoNU Council of Ministers, the Transitional National Legislative Assembly, the Chairperson of the IGAD Assembly of Heads of State and Government, Chairperson of the IGAD Council of Ministers, the Chairperson of the African Union Commission, the Peace and Security Council (PSC) of the African Union and to the Secretary-General and Security Council of the United Nations on the status of implementation of this Agreement every three (3) months.”

It is against the above background that the IGAD Council of Ministers meeting which is said to be taking place on Monday to discuss the crises in the implementation of the R-ARCSS consider an immediate, impartial, rigorous and credible review of the implementation process of the agreement including for purposes outlined in this article. It should also be noted that the R-ARCSS is more than armed parties, other stakeholders: the Civil Society, Faith-Based Leaders, Eminent Personalities, Business Community, and Youth are signatories to it. So, it would be misleading to limit the implementation process and genuine concerns to armed parties alone.

Finally, if IGAD, being Guarantor of the R-ARCSS, continues to indicate that it is unable to live to expectations, whether by design resulting from conflict of interest, or lack of sufficient knowledge on moving the South Sudanese peace process rightly, then it may be time for South Sudanese to come up with a homegrown peace process that South Sudanese can be able to count on, a process that is impartial and credible. There are credible, respected South Sudanese elders, intellectuals and professionals, religious leaders and youth, who can be able to do the task of transitioning South Sudan to lasting peace and democracy, fast and timely, in collaboration with good partners in the region and beyond.

Roger Alfred Yoron Modi, a South Sudanese journalist, is the author of the book FREEDOM OF EXPRESSION & Media Laws in South Sudan. 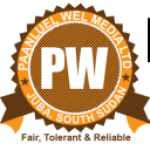 Livestream: PM Express discusses prioritizing the safety of children on the roads

Western Media Continue to Get Rwanda Wrong, Telling a Distorted Story About the Country – KT PRESS