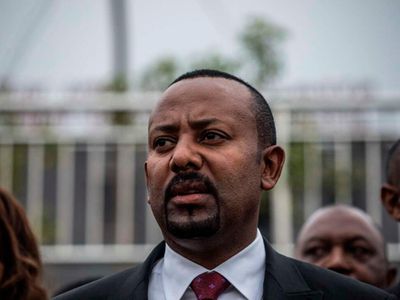 According to a statement issued by the Turkish government on Tuesday, Abiy’s official visit is at the invitation of President Recep Tayyip Erdoğan.

No official statement on the visit has been issued by Addis Ababa yet. However, PM Abiy’s reported visit comes at a crucial time when US president Joe Biden is sending his Horn envoy, Jeffrey Feltman, to push for dialogue between Ethiopia and the Tigray People’s Liberation Front (TPLF).

It is not known how long Abiy will be in Turkey.

Feltman is in Ethiopia and reportedly met with Ethiopia’s Deputy Prime Minister and Foreign Minister Demeke Mekonnen on Tuesday.

According to the statement from Turkey’s Directorate of Communications, PM Abiy’s visit holds significance as it marks the 125th year of the establishment of bilateral diplomatic relations between Ethiopia and Turkey.

During the visit, Abiy and Erdoğan will review their existing bilateral ties and discuss steps to further enhance cooperation between the countries.

Both sides will also exchange views on current regional and international developments, the statement said.

Feltman’s visit of the Horn region ends on August 24.

The visit to Ethiopia will be his third since being appointed as special envoy by President Biden.

Following conflict in the Tigray region of Ethiopia, the United States has been sending envoys to Ethiopia in a bid to push for dialogue between conflicting parties.

Ethiopia’s foreign affairs spokesperson, Dina Mufti, later told reporters that the leaders could not meet the US official over their workloads.

During his ten-day trip to Ethiopia, Djibouti and the and the United Arab Emirates, Feltman was to meet with senior officials in the three countries “to discuss opportunities for the United States to promote peace and support the stability and prosperity of the Horn of Africa.”

Why Nigerian ports are losing cargoes, revenue to neighbouring ports